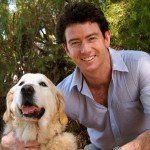 Born and raised in country WA, Stephen graduated from Murdoch University in 1997. His veterinary career took him firstly to the outback of Far North Queensland, where he combined his passion for helping animals, big and small, with his love of flying, covering an area from Townsville to Mt Isa, to Longreach and Cairns, and everywhere in between. He then moved to the UK and, after mixing work and travel for  a couple of years, took up a position as chief veterinarian for a large family-run small animal hospital, and there developed his interest in canine and feline medicine and surgery. Returning home to Australia, he first became part of the Wanneroo Veterinary team in 2010, joining the practice as a partner in 2011. Steve successfully completed a demanding three year Masters in Veterinary Medicine and Surgery degree in June 2012. Steve enjoys both Consulting and Surgery, with an interest in orthopaedic and soft tissue surgery. In 2021, after a successful 10 year partnership with Bruce Young, Steve took over the practice as the sole owner.

Away from work, Steve can be found in the WA outdoors with his wife and two young boys, pursuing his interests in open-water swimming, surfing and his passion for aviation. 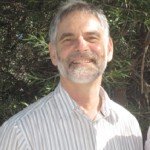 Bruce graduated in 1978 and worked in a busy rural practice initially before moving to join a 24-hour hospital in Perth. He took over the management of Wanneroo Veterinary Hospital in 1980 and purchased it in 1984. After developing the practice with branches in Kingsley and Joondalup, he expanded the Wanneroo practice by moving to its present modern and purpose-built premises in 1996.

After a period of working together, Bruce invited Steve to join as a partner in 2011 and then subsequently in 2021 after as a successful 10 year partnership, Bruce passed complete ownership of the practice to Steve. Bruce continues to work as a consulting vet at the practice, tending to the pets and owners he has served for 4 decades.

His grown-up children have now moved out of house, and Bruce and his wife Anusuya are now in the early stages of grandparenthood; in his private life he has written two biographies recording the lives of two of India’s great spiritual teachers and Yogis. 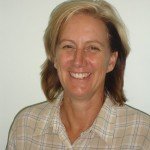 Another local, Joanne grew up in the northern beaches of Perth, and studied at Murdoch University Veterinary School. She graduated in 1983, and promptly set about making it her business to know everything there is to know about veterinary medicine and surgery. Jo is our resident encyclopaedia on everything veterinary and her experience is invaluable. For a period of time, the veterinary nurses of Perth were the beneficiaries of this font of knowledge, as Jo taught at the Bentley TAFE Campus for some years. Jo has extensive experience working with horses, including high performance thoroughbreds at Ascot, but these days she limits her equestrian activities to her time off, as she is a passionate and accomplished rider.

Although Jo performs much of our surgery, she has a special interest in internal medicine, which is good news for pets feeling poorly. 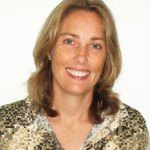 Yvette graduated from Murdoch University Veterinary School with  Honours in 1992. She started her career in Perth initially before moving to Sydney followed by the UK. Yvette then returned back to Perth and has since worked at Wanneroo Vet Hospital. Yvette’s favorite past times including windsurfing and learning Italian. Yvette offers her veterinary skills on Mondays, Wednesdays and Saturday mornings, allowing the WVH team to provide a 7-days-a-week service to our clients.

Claire graduated in 2000 from the University of Glasgow, Scotland. After working in small animal practice for several years, she came to Australia in 2004 on a working holiday visa and spent time both traveling and working. During this time she spent a couple of months working here at Wanneroo Veterinary Hospital. On her return to the northern hemisphere Claire continued to work in small animal practice in the UK, and also a couple of years working in Spain. However, she decided her heart was definitely in Perth (Australia, not Scotland!). In 2001, she was granted her permanent residency visa and serendipitously found herself working once again with the team here at Wanneroo Veterinary Hospital. 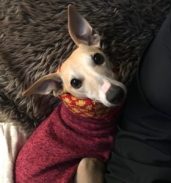 Claire graduated from Murdoch University in 1997 and shortly after graduating she moved to the UK to work in a small animal practice. After a number of years she returned to Australia and worked in a variety of clinics before settling in at Wanneroo Vet in 2018. And she has been making our days brighter ever since with her uplifting attitude and sense of humour! In her spare time Claire likes to keep active with either running or swimming and spending time with her family including Ivy the Whippet. (Pictured)

Dr Claire plays an active role in both surgical and consulting areas and she has a special interest in Ophthalmology. 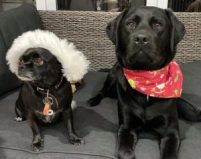 Maryanne started her veterinary journey in Sydney where she graduated many years ago, and after relocating to the UK and spending 12 years working in general practice she returned to sunny Australia. After working in a variety of practises around WA, her path finally led her Wanneroo Vet where she has quickly become a valued member of our team. Dr Maryanne is involved in both the surgical and the consulting side of the hospital and has an equal interest in both. Outside of work she enjoys spending time with her family and getting bossed around by her two canine companions, Polly the Pug and Hattie the Labrador (both pictured)